Mindfulness, Parenting, and Rewards: What We Can Learn from Young George Washington

Mindfulness, Parenting, and Rewards: What We Can Learn from Young George Washington

In today’s world, it seems like everyone gets a reward.  Kids get rewarded for just showing up.  Heck, attend any kid’s birthday party and even the guests receive a gift.  I’ve done this myself…those outrageous goodie bags – when did that start, anyhow?

Back to rewards. As parents, what do we reward?  Do we reward our kids being honest or for telling a lie?  When asking kids a question, and they tell us the truth, what’s our reaction and response? Do we yell and scold them for telling the truth or encourage kids to lie just so they don’t get into trouble?

When you were a child, which did you do? What did your parents reward? What did we learn from our parents?  If you were your kid, what would you do…tell  a lie or be honest? (now be  honest). 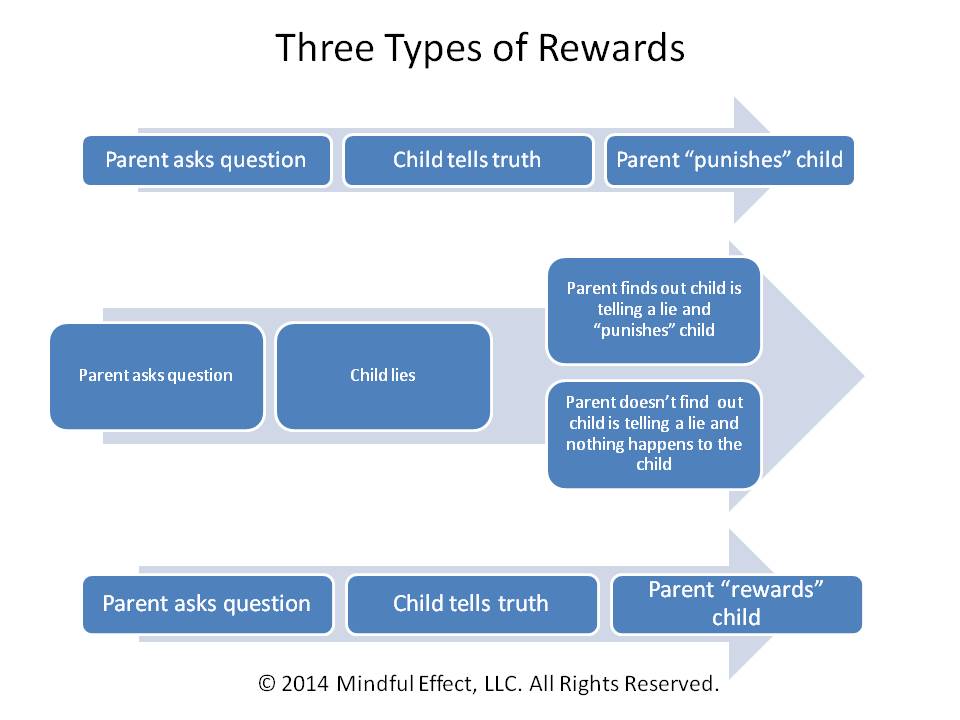 Let’s look at this another way.  A mindful way.  Using practical mindfulness.  What can we learn about rewards and mindful parenting from President George Washington? Plenty!  What would happen if a parent was mindful about rewards….being in the present moment, as things unfold, aware of their reactions, responses, rewards…and yes, what they’re teaching their kids (and future generations too).  What if we were mindful about what to rewarded…and decided to reward a child for telling the truth?  This does not mean accept what was done or what’s being inquired as okay, but rather reward for telling the truth and be mindful of how we communicate and share with our child in that very moment.

Let’s learn from good ole’ George Washington who when asked by his father if he chopped down the cherry tree replied, “Father, I cannot tell a lie. I did cut it with my little hatchet.” Did George’s father yell or scorn at little George?  No, he did not.  Instead, (as legend says) George’s father opened his arms, hugged, and held George saying, “My son, that you should not be afraid to tell the truth is more to me than a thousand trees!” George Washington’s father was angry about his prized tree being chopped down but rewarded George for telling the truth. George told the truth and got rewarded.  George’s dad responded mindfully; he responded to what was important to him and also taught young George a lesson about courage, honesty, bravery, compassion, relationships, and love.

If we were in George’s dad’s shoes….what would we have done?  What have we done?  What do we and have we taught our children about rewards?  About honesty?

Communicating and sharing dissatisfaction of an event can be done using practical mindfulness with our word choices, awareness of tone and inflection, facial expressions, and body language. In as much, at the same time a parent can be mindful and be like George’s father and reward their child for telling the truth, being brave and having courage to tell the truth, and feeling safe to tell the truth.

So, the next time your child does something and you ask them, “Did you do this?” be mindful of what you are supporting to reward: honesty or a lie?  Do you open your arms and praise for honesty or scorn with criticism and punishment?

Be aware that these suggestions will be new for you and your kids to experience.  Give them a try.  See what happens.  Their reaction and response might be very telling, surprising, and open up an entire new way that the family can relate to rewards.

We welcome your comments – share with us your thoughts and if you’ve tried our practical mindfulness tips designed to use anywhere, anytime, anyplace.