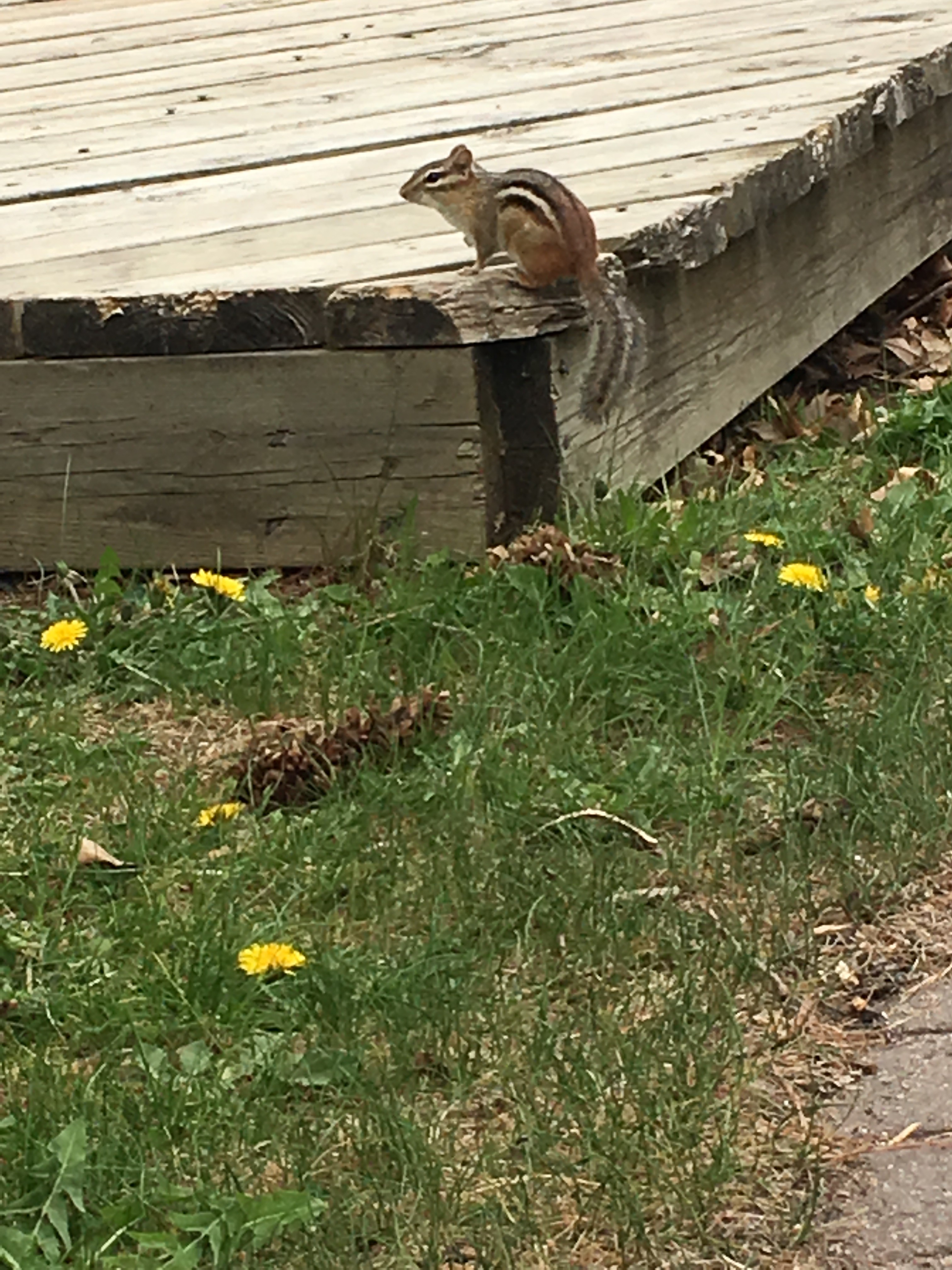 Nature and intelligence. How smart we humans think we are compared to other animals. With our technology, houses, cars, and adornments. And yet we are ignorant with intelligence compared to even the smallest animals. Take this chipmunk. His/her keen intellect warns of a coming storm, bad weather, danger, and safety. This little animal does not need a weather alert system to warn of a tornado, severe rain, or dangerous threat. It simply knows. I did an experiment with this chipmunk. My walking on a path caused it to retreat in a tree. I stood on the path and talked to it  using my regular voice. The chipmunk came out and I kept talking and I saw a man was watching than called out his young son. The dad and son looked on as I talked to the chipmunk. When I said to it, “I’m not going to harm you”…this little chipmunk moved closer, then stopped, then moved closer and was close that I could have pet it. Yes. I am no threat. We humans can learn a lot from even the smallest animal. We humans are a speck in this vast universe and not of highest intelligence. This chipmunk taught me Awareness of possibilities. A re-check of ego. And a lesson to this dad and son who couldn’t believe what they saw.

The next time we think we know so much, consider a chipmunk and nature knows more then us humans.